Anyone who knows me probably knows my dog, Hank. If you haven’t had the chance to meet Hank, let me introduce you.

Hank is my big, yellow, shedding, guyliner-wearing, sweet hunk of a doggo. I adopted him back when I lived in Birmingham, AL from a shelter who described his living conditions before his arrival as abysmal. He was a year old, and he had never been introduced to toys, to leashes, or treats…he didn’t know love.

We had to start from the bottom and learn all of the basics: this is your food, and no one will take it from you. This is your bed; you’re always allowed to sleep in it. Yes, these toys are for you, play with them. The crate door will always be open, but you don’t have to stay in it. My hand is only raised to pet you, please don’t cower in fear. Yes, I am your person, and I won’t ever leave you.

Truth be told, I thought I wasn’t making much of an impact on him. He didn’t seem happy months after I had adopted him. He wouldn’t interact with me, he wouldn’t stay in the same room with me, and every time I left him he destroyed the things I bought for him. I’m ashamed to say that I gave up on Hank—I made the decision to return him to the shelter. I had convinced myself he would be better off with someone else. But then it happened. After making up my mind I took Hank to the dog park—I wanted to give him one last romp around before I returned him to the shelter where I had adopted him. I sat down on the ground at the park to watch him play, and as I sat I noticed another dog lingering close by. After a few moments I saw that the dog’s hackles were raised, and his teeth were bared. He was glaring at me. His body was low to the ground and he was making slow steps forward. I heard a slow, deep growl come from the dog’s chest. I didn’t know what I had done to illicit this type of behavior, but I knew I needed to act fast because I was about to become the victim of a dog attack. I started to raise my arm to guard myself as the dog lunged forward. All I remember seeing is a blurred streak of yellow barreling through. Before I even had time to think through my defense, Hank had met the dog head-on and took the bite that was meant for me. He fought for me. He saved me.

Luckily, Hank only received superficial wounds from the attack. I fixed them right up with some antiseptic and a couple pickle-free Chick-fil-a chicken sandwiches. My dog wasn’t going to eat measly brown pebble dog food after the way he had bravely defended me.

And that’s when it finally stuck. Hank was MY dog. From then on out I never questioned his loyalty to me, and he has never let me down. It wasn’t the only time Hank would save me, though.

I’ve spoken openly about the extent of my depression in prior blog posts. It’s the first time I’ve been completely honest and open about how badly the condition affected me. The early years were hell. In those times while I was suffering in silence, not convinced I needed help, feeling ashamed that I couldn’t make myself better, Hank was there. He knew how I felt before I even felt it. On the days I needed cheering up, he was silly. He would do anything to make me laugh. The persistent little joker wouldn’t let up until I acknowledged him and his antics, and seeing my smile only made his antics get crazier. On the days I was angry, he was steadfast. He let me yell, he watched me throw things, and he waited until I started trying to hurt myself before he would step in. As I would claw at my neck in despair or pull my hair in frustration and beat my hands on the floor to feel the pain I thought I deserved, he would gently step in. He would nuzzle my neck, lick my hands, and lay his head in my lap. I’m sure it scared him to see me that way, but he knew it was time to stop me, and he did it. Those instances of anger were rare. More often than not I was trapped in my bed, weighted down by an imbalance of chemicals in my brain. Those days he understood. He would crawl into bed bedside me and lay down with a sigh. It’s as if he was saying, “I know somethings wrong and I’m here for you. Let me make you better”.  And he would.

I honestly thought I was giving Hank a better life, but that certainly hasn’t held true. He’s given me the better life. My travel journey would be completely different if I didn’t have him. My life would be different. He’s helped build me back me back up to be myself again. He had to start at the bottom with the basics: I know you have food, get up… it’s time to eat it. This is your bed, but we need to get out of it—take me for a walk. Yes, my toys are here for you too…please try to play with them. Your door may not always be open, but I know how to get in—I will reach you. Raise your hand to pet me…please don’t succumb to your fear. Yes, I am your dog, and I will never, ever leave you.

He’s more than just a dog. He’s my protector and defender, my therapist and confidant…I’m his life and he’s my best friend. We saved each other and will continue to do so time and time again.

I'm Hannah! I'm a travel nurse from Meridian, MS, and I've been travel nursing for about 3 years now. My specialties are Pediatric Intensive Care, Pediatric Cardiovascular Intensive Care, and Pediatric Trauma/Neuro Intensive Care Unit. I travel with my trusty sidekick, Hank! He's my rescue mutt who takes care of me while on the road (wait...shouldn't it be the other way around?) He's registered to me as an ESA because I suffer from Major Depressive Disorder and Anxiety--I'm happily open about my battle with both. So far I've been to 38 states and lived in 8. This is my open journal, advice column, and travel blog detailing my goal to visit/work in all 50--my HanBook! View all posts by thetravelhanbook

One thought on “Han’s Best Friend”

Looking for something specific? 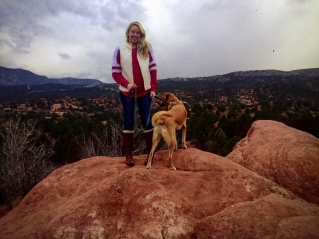 My first day in Colorado on my first travel assignment. Hank was such a pup!

Selfie on the pavilion at Cave of the Winds 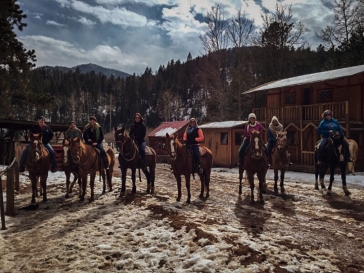 This was only the beginning of our Bluebird day hike.

Talk about a Belle moment. Bonjour!

Fun in the snow!

The Skycoaster at The Royal Gorge 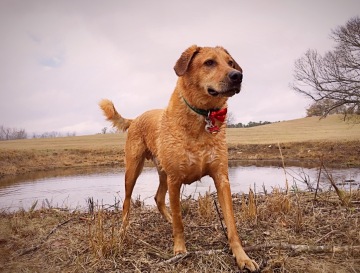 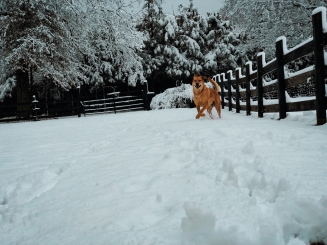